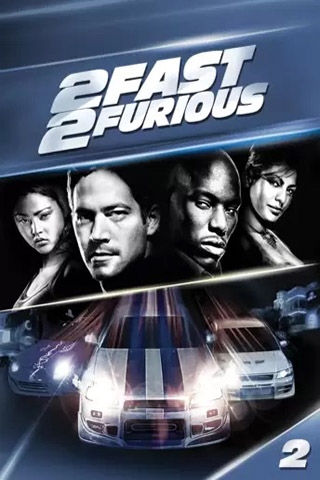 Synopsis Speed--it's easy to get and it's as close as the nearest set of high-performance wheels. Brian O'Connor, now a disgraced cop, fell victim to it--and now he's paying the price. As far as his bosses and the FBI brass are concerned, the hothead undercover officer threw one of their largest investigations ever. After losing his badge and any chance of redemption along with it, O'Connor is given one last chance when the feds in Miami need his help to collar Carter Verone, a flashy businessman whose using his import/export business as a cover for an international money-laundering cartel. Customs has had Verone under intense surveillance for over a year with nothing more to show for it than the kingpin's link to illegal street racing. With their backs against the wall and time running out, officials put out a call for O'Connor to do what he does best--talk the talk and push the metal. But the rule-breaking loner has his own demands before taking on the job. He insists on recruiting his childhood friend and ex-con Roman Pearce as his partner. The Feds and Agent Markham offer Pearce, an accomplished criminal with an aptitude for barrier-shattering speed, a deal--work with O'Connor and his impressive rap sheet will disappear. Now, it's last chance for both, ex-con and ex-cop, and their ticket out of disgrace is bringing down Verone. But the lines become blurred once again for O'Connor with the appearance of undercover agent Monica Fuentes, the key to entering Verone's world who may herself be in bed with the shady entrepreneur.