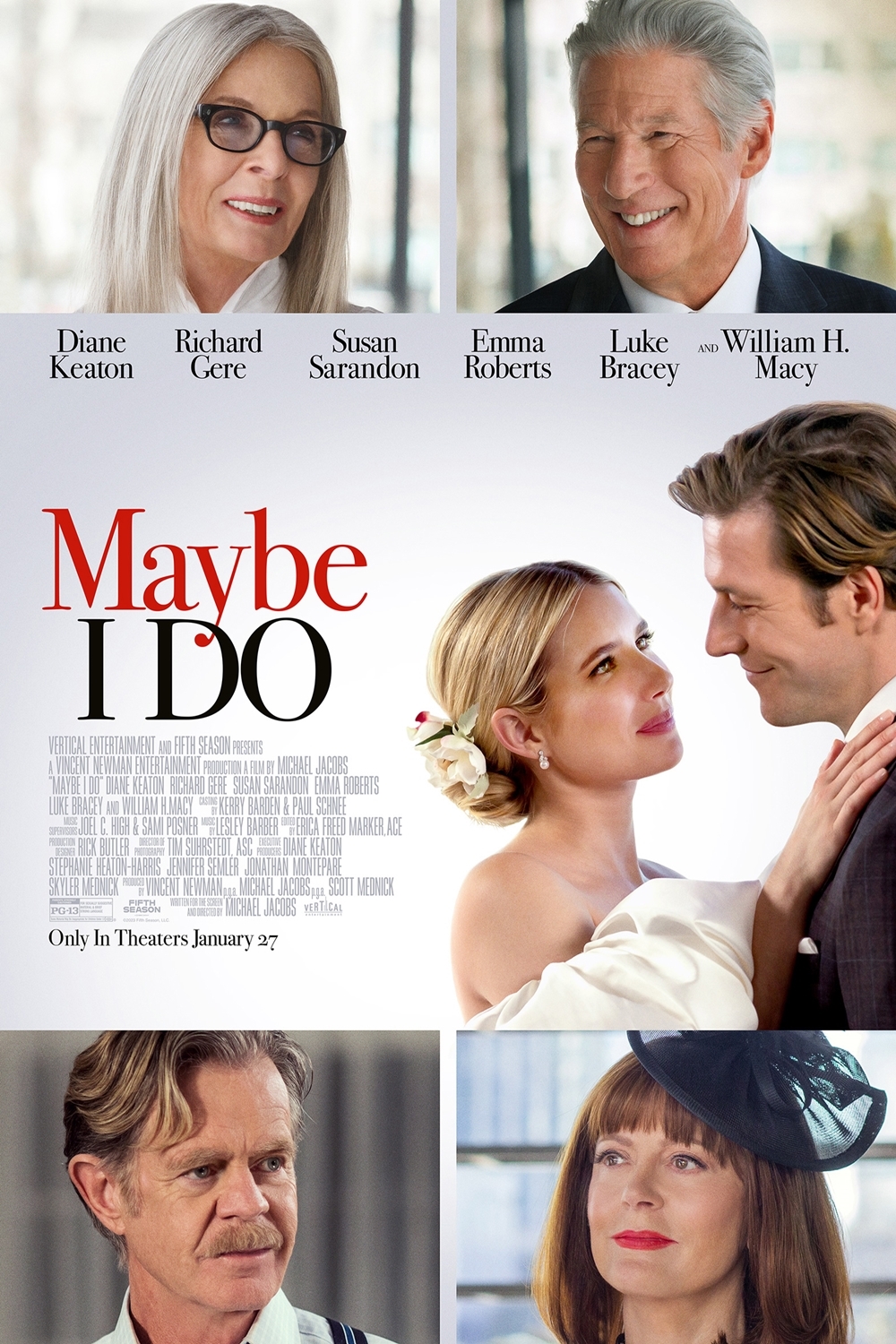 Synopsis With a star-studded ensemble cast, Maybe I Do stars Diane Keaton, Richard Gere, Susan Sarandon, Emma Roberts, Luke Bracey and William H. Macy in a multi-generational romantic comedy. Michelle (Roberts) and Allen (Bracey) have reached the point in their relationship to take the next steps toward marriage. Thinking it is a good idea to invite their parents to finally meet, they set a dinner and make it a family affair. To everyone's surprise, the affair takes on a whole new meaning as the parents already know each other all too well - they've been cheating on their spouses for months...with each other. Trapped in this precarious predicament, they try to hide their dalliances from the kids while confronting their spouse's lovers head-on. Let the games begin!