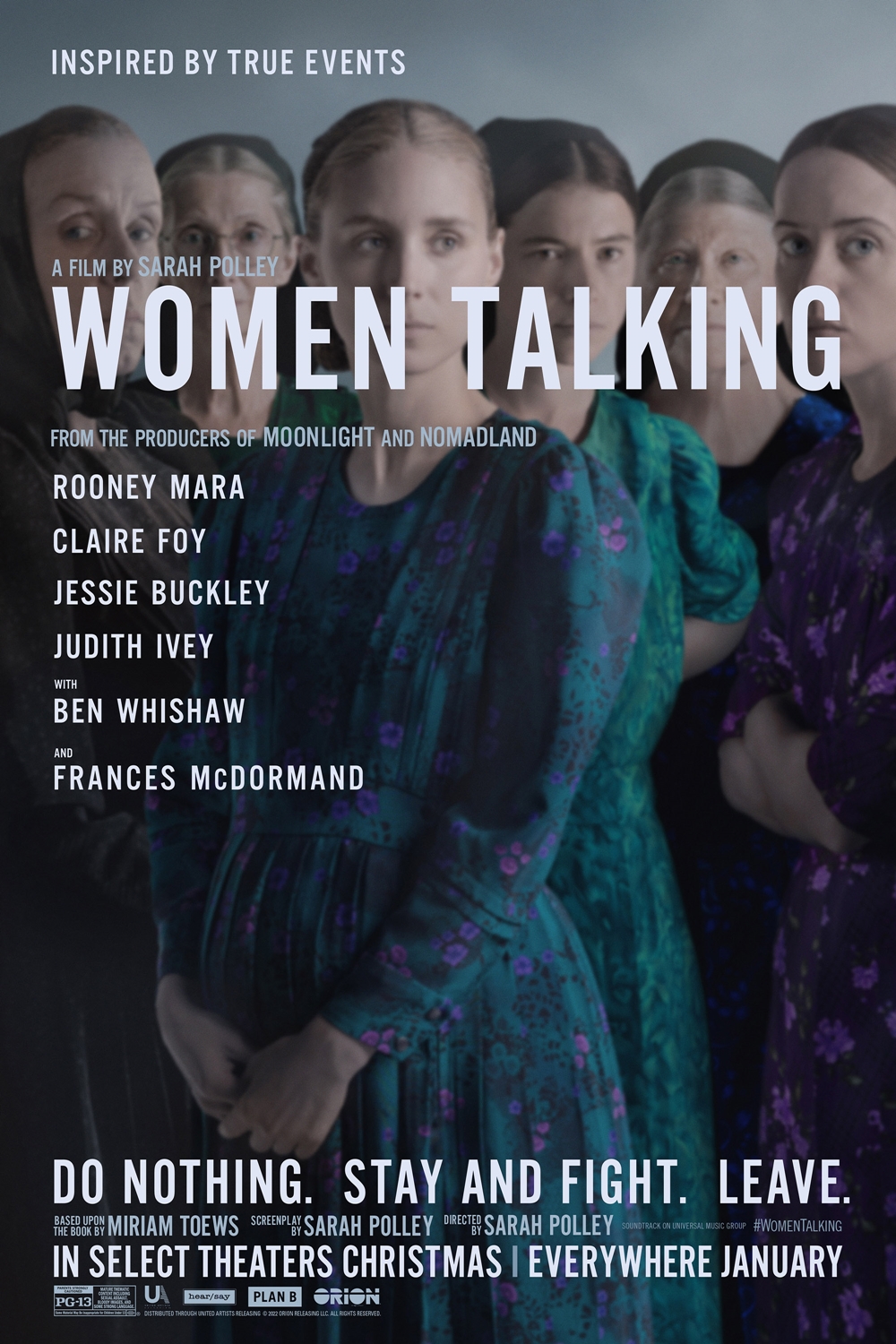 Synopsis Based on the best-selling novel by Miriam Toews, Women Talking follows a group of women in an isolated religious colony as they struggle to reconcile their faith with a series of sexual assaults committed by the colony's men.