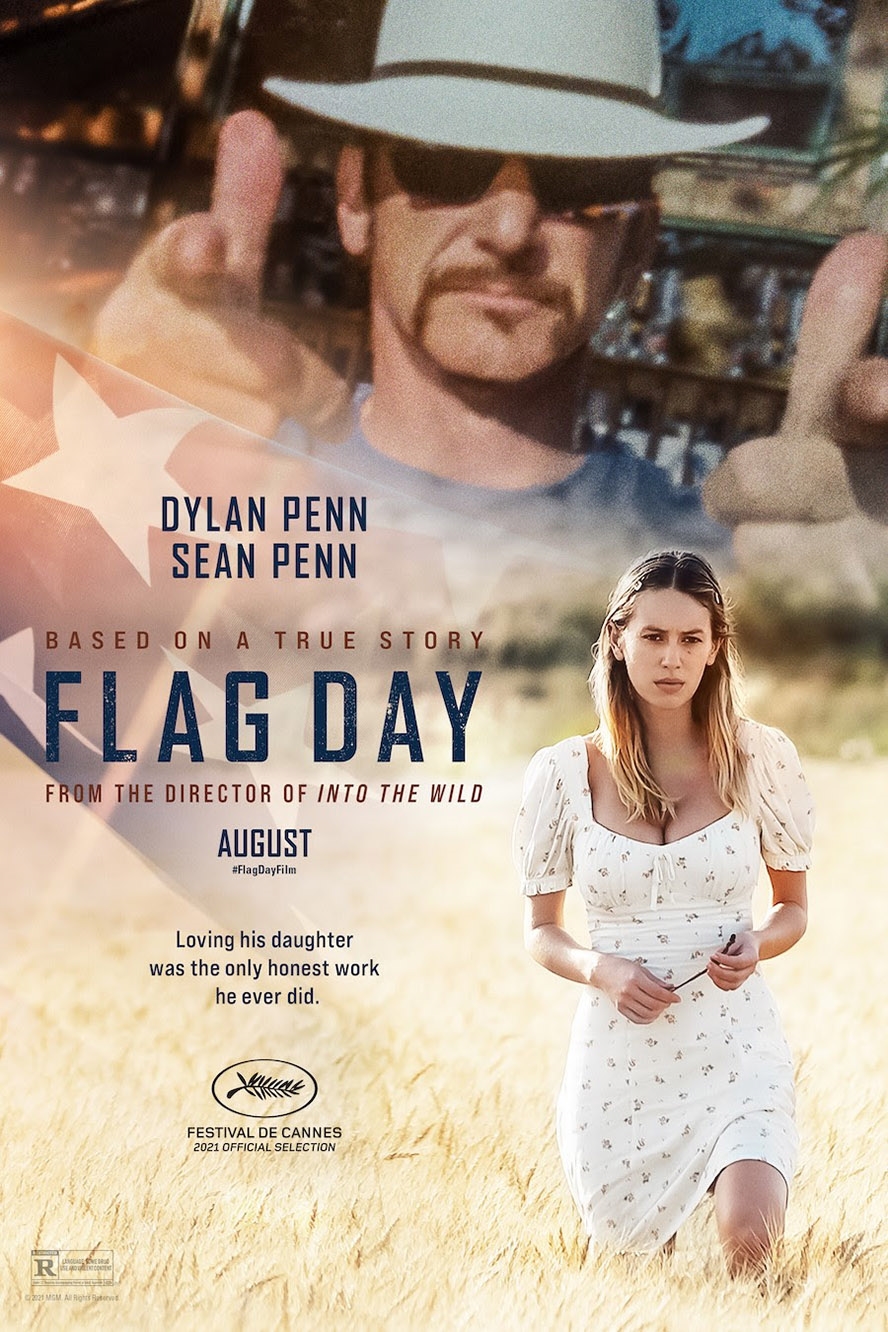 Synopsis Jennifer Vogel's father John was larger than life. As a child, Jennifer marveled at his magnetizing energy and ability to make life feel like a grand adventure. He taught her so much about love and joy, but he also happened to be the most notorious counterfeiter in US history. Based on a true story and directed by Sean Penn, Flag Day stars Penn and his real-life daughter Dylan Penn in an intimate family portrait about a young woman who struggles to rise above the wreckage of her past while reconciling the inescapable bond between a daughter and her father.